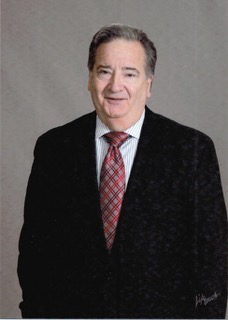 Rocky Mease was born in Nashville, Kansas where he was baptized and confirmed at St. John’s Lutheran Church.  He attended Lutheran High Schools in Winfield, Kansas; Seward, Nebraska and Concordia, Missouri.  Rocky’s college experience was at St. John’s and Concordia Senior College. He also earned a M.A. in Clinical Psychology from Loras College in Dubuque Iowa  He graduated from Concordia Seminary, St. Louis and served parishes in Waverly and Dubuque, Iowa.  He has served as Intentional Interim Pastors at Bethany Overland Park, Kansas; St. John, Meade Kansas, Trinity Winfield and Prince of Peace, Topeka, Kansas

Rocky trained for chaplaincy at Wesley Medical Center and serviced as a staff chaplain for Via Christi.  He was called by the Kansas District in August of 1999 and has served in that position for 18 years.

Rocky is married to Donna and they have three adult children:  Joel, Anna, and Aaron.  Rocky and Donna make their home in Derby, Kansas and are the very proud to be the grandparents of Joseph, Kaleb, Gavin, Grace, Isabella, Kynlee and Kaitlynn.

The Goal of an Intentional Interim Pastor is to work with the congregation to help them:

You can also reach by email at pastormease@princeofpeacetopeka.org.